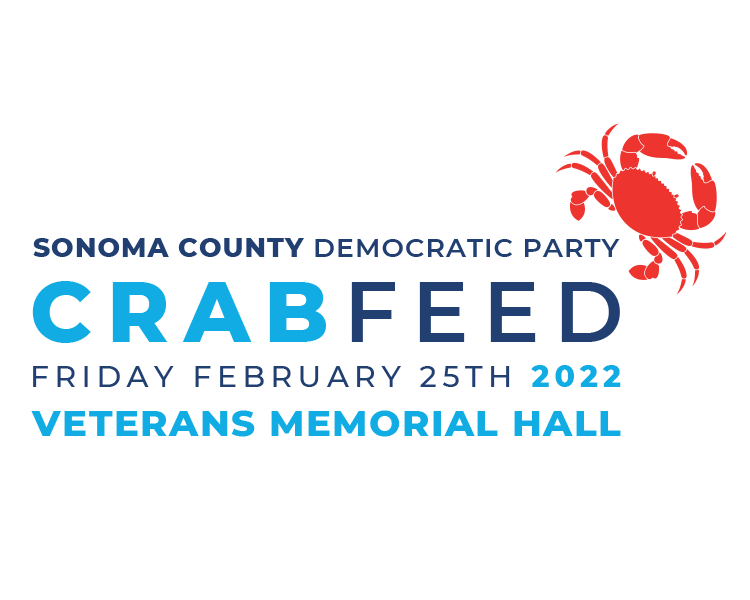 Pick up your crab dinner and join us!

Our 34th Annual Crab Feed is virtual again this year but the crab is deliciously real! Pick up your dinner and then join our online event featuring messages from special guests.

Funds from our Crab Feed will be used to elect Democrats and fight for Democratic values on a local, state and national level. Thank you for your support!

The silent auction is now closed!

Thank you to the dozens of local businesses and individuals who donated goods and services to make this event a success.

Prizes will be available to pick up along with your dinner.

BIG THANKS to our Exceptional Sponsors!

Speaker of the House

State and federal law require a street address for all contributions and a business name for those who are self-employed. We can only accept funds from individuals at this site. All funds are deposited to our federal account.

Email fundraising@sonomademocrats.org for more information, and check back for updates.

Thanks for helping to keep our local Democratic Party strong in Sonoma County!  #ComeTogether2022